Discovering God through SMS and eMail - a new passion in Pakistan

But this was the text of an SMS message that prompted Nadeem F. Paracha to write this tongue in cheek post.

Pakistanis love emailing and text messaging quotes from hadiths and assorted religious paraphernalia. I usually ignore such messages because in my mind I imagine a holy punter who is convinced that each email or SMS of his is getting him that much closer to booking a cosy place in heaven. The truth is that this (albeit irritating) activity is actually better than a holy bum blowing himself up in public to find that same place in Paradise.

However, last Monday, as I again received my share of emails and SMSes quoting hadith and citing all that sophomoric stuff about ‘scientific proofs in the Qu’ran,’ I decided to answer one particular SMS; one I was receiving for the umpteenth time.

So I replied: Sir/Madman, thank you for your SMS. But I think you forgot one more sign of being a munafiq, i.e. khaali khuli kay SMS karna (sending aimless SMSes).

Right away the sender SMSed his/her reply: SMS technology wasn’t invented when the hadith were compiled. So you can’t say SMSing is a sign of being a munafiq.

He/she quite obviously missed out on my sarcasm. No matter, I thought. At once, I SMSed him/her my reply: Brother/Sister, in that case, I am sure SMSing is haraam. In future I think you should use a pigeon to send your wonderful messages, or better, bring good tidings on a camel.

There was silence for about 10 minutes. Then my phone buzzed again. He/She replied: I am female, so you can call me sister. I sense that you are making fun of my SMS. Very unfortunate, indeed. What was it that you found offensive in my SMS?

I wrote back: Sister. You can call me Nadeem. There was nothing offensive in it, as such. I just wondered what made you the one to tell everybody else what a munafiq is. Are you suggesting you are not one yourself? If not, then do share with me the signs and nishaanian of a person who thinks he or she is not a munafiq.

My phone buzzed again. This was her reply: Bhai, I was just spreading a good saying. I am not an angel, but at least I am conscious of avoiding things that can make one a munafiq. I send the SMS to many people, and most of them were happy and thankful.

“Did they have a choice?” I wrote back. “You don’t even know me. SMSing unrelated men. A very un-Islamic thing to do, no?”

“Dear, brother,” she SMSed, “I can’t see you, and neither can you see me. You are calling me sister, and I am referring to you as brother.”

“Sister,” I wrote, “You speak well … in parables. Should I read your SMS metaphorically or literally?”

“Brother,” she relied, “my SMS was only about good, clear advice. Read it as it is.”

“But why bring religion into it?” I wrote back. “Can’t an irreligious person be good as well; or can’t he or she too give good, clear advice?”

The phone beeped again: “Brother, I can’t understand how a person can be irreligious.”

“Are you irreligious?” She wrote back.

“What do you think?” I replied.

“I see. If you think I am irreligious, does SMSing me make you a munafiq?” I wrote back.

“No,” she replied. “Maybe my SMS will make you rediscover God.”

“Rediscover God through an SMS?” I replied. “How very tech-savvy of you, dear sister.”

“So are you irreligious or not?” she asked.

Bang came another advice: “A man without God is like a fish without water!”

“Dear sister,” I wrote back. “How expectantly presumptuous of you. Are you also suggesting that the Taliban who also claim to believe in God are better than an irreligious person who may be a lot less violent?”

“They are not Muslims!” she replied.

“They are non-Muslims being paid to bring disrepute to Islam,” she replied.

“And how do you know that, dear sister?”

“It’s obvious. No Muslim would kill another Muslim.” she wrote back.

“But it’s okay if he kills a non-Muslim?” I replied.

“Yes, if he is attacked by a non-Muslim.”

“Dear sister,” I wrote back, “you just presented yourself to be a glaring example of a munafiq! Jazaak Allah. I now truly understand.”

“You have no right to say that,” she replied. “You are not even a Muslim!”

“How come everything is so obvious to you?” I replied.

“That’s because I am a fish with water,” she wrote, with a smiley face.

“Oh, you got that wrong, sister.” I wrote. “You are a fresh water fish stuck in salt water!”

“Well, in that case, sorry to bother you. Have to go. My credit is running out,” she replied.

“And what is that?” She replied.

Sensitive among us might disagree with the satirical nature of Nadeem's commentary but it is a fact that in Pakistan we now have an on line version of Tablighi Jama'at (without the discipline and focus that is Jama'at's forte) that is bombarding the cyberspace with fairly unmoderated and unresearched barrage of messages about Islam. Whilst you can find some gems of information among these emails and SMSs, most of the content is as dangerous as listening to the illiterate DIY mullahs responsible for utterly intolerant society we are turning into.
Posted by Chaudhry Javed Iqbal at 17:00 No comments:

Time for a pact with the devil 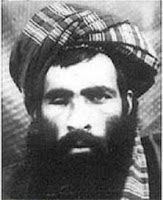 In order to run a polio vaccination campaign in Afghanistan and to stay alive while doing so who's permission and protection you need? Health workers in Afghanistan feel safer carrying a piece of paper, a letter of introduction from Mullah Omar, leader of Afghan Taliban who has been in hiding since the US invasion of Afghanistan. Apparently a copy of a piece of paper with Mullah Omar's signature provides you more security while carrying out social work than a US army hummer.
The WHO and Unicef, who are running these polio vaccination campaigns, like other UN agencies have been banned from engaging with the Taliban since the security council blacklisted them as terrorists after 9/11. In order to carry out essential vaccination campaigns they contact Mullah Omar through the International Committee of the Red Cross, the only international organization that maintains regular communications with the Taliban command and act as an intermediary every time a new letter of support is needed.
According to Yaroslav Trofimov writing for Wall Street Journal

"For U.S. military commanders in Afghanistan, the arrangement represents a moral dilemma. Coalition military officials shy away from criticizing the WHO and Unicef for reaching out to the Taliban.
Nevertheless, the fact that the international community and Afghan government authorities must request Taliban permission to operate in large parts of the country makes some Western officials wince. "It's a pact with the devil," says one senior Western diplomat in Kabul. "But it's a pact in order to save lives." 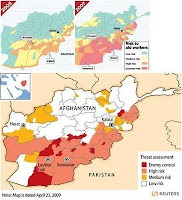 Taliban control over one third of Afghanistan while president Karzai's influence is limited to urban areas.

Since Mullah Omar's first letter was issued, in August 2007, vaccinators gained entry to dozens of previously out-of-bounds villages, WHO officials say. More importantly, the Taliban endorsement allowed many vaccination teams that considered pulling out because of safety concerns to continue operating in other districts, even as fighting intensified.
Mullah Omar's cooperation with Afghanistan's polio drive contrasts with the ban on polio vaccinations imposed by leaders of the separate, but affiliated, Taliban movement in neighboring Pakistan...Antipolio campaigns have long been opposed by conservative clerics across South Asia as an American-led conspiracy to sterilize or poison Muslim children. This is a key reason why the disease persists in India and Pakistan.

Afghanistan's Mullah Omar adopted the opposite approach. His letter, viewed by The Wall Street Journal and issued on behalf of the movement's parallel government, the Islamic Emirate of Afghanistan, urges all jihadi fighters and Taliban sympathizers to work with Unicef, WHO and the polio teams. It instructs villagers to take children to a specially designated area where they can receive their dose.

Since the beginning of Afghan war a major error in US policy in Afghanistan has been that the Americans in their infinite wisdom complicated the problem of international terrorism at hand by putting Taliban and Al-Qaeeda together - exactly the way they got sidetracked in Iraq. Not all Taliban are terrorists - narrowminded fundamentalist bigots for sure but not international terrorists. While a large number of them are thrity year long battle hardened guerilla fighters whose only passion in life is to fight against an enemy, many of them are still looking for legitimacy as real rulers of Aghanistan. Mullah Omar has not turned a social worker overnight. Signs are that he wants to engage. Long term solution to the Afghan problem is not in more Nato soldiers, it is in engagement with moderate Taliban elements. It is time to do a pact with the devil!
Posted by Chaudhry Javed Iqbal at 16:03 No comments: