I just watched a short but shocking report by Aljazeera television highlighting the plight of 6900 contemporary languages that are under threat and might disappear in the next 90 years. It was, however, good to find out about this worthy project (http://www.endangeredlanguages.com/) that is attempting to record as many of these endangered languages as possible before they disappear

The Endangered Languages Project, is an online resource to record, access, and share samples of and research on endangered languages, as well as to share advice and best practices for those working to document or strengthen languages under threat.

I hadn't heard of many of these languages before. The project is open for partnerships and offers good resources and helpful advice on how these languages under threat can be recorded before they disappear. At the moment I don't see any Pakistani organisation or group among the partners. Does anyone know of similar work being done by any other international or Pakistani organisation to save or record the endangered languages in Pakistan?
Posted by Chaudhry Javed Iqbal at 11:24 2 comments:

A 13 year old student of Altrincham Grammar School, Simal Asher produced this short video coverage of the Diamond Jubilee garden party celebrations hosted by International Foundation for Mother and Child Health (IFMCH) on Monday 04 June 2012. Using an iPhone4 Simal Asher produced, directed and did the screen play of this video.


Enjoy!
Posted by Chaudhry Javed Iqbal at 11:50 No comments:

It was apt that for the Diamond Jubilee Celebrations last weekend even the English weather decided to stick to its tradition of being entirely unpredictable and offered all sorts of variations that it could muster up. Muslim community of Pakistani heritage in Altrincham, Hale and surrounding areas were dealt a better hand with the sun shining all day, temperatures rising to an enjoyable level and winds slowing down to make Monday 04th June a perfect day for a garden party. 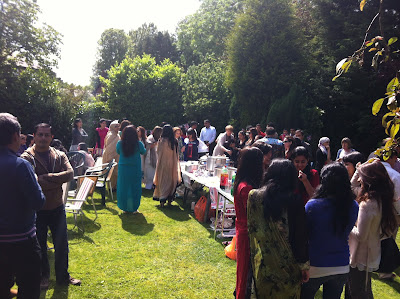 In a typical Pakistani style we did not plan well in advance, that resulted in it becoming too late to get a street closed for a street party. But there was no stoping us from celebrating the Queen's Diamond Jubilee at a garden party. 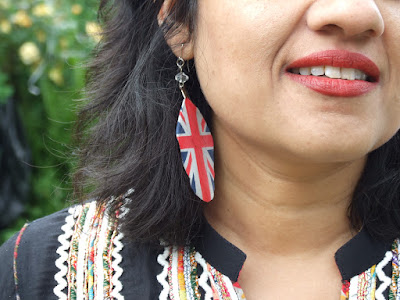 Dr Faeza Khan, the hostess with the mostess, and Vice Chairperson of the local charity International Foundation for Mother and Child Health, offered gardens of IFMCH office at 185 Grove Lane in Hale as the venue for what turned out to be an excellent Diamond Jubilee Celebrations party. 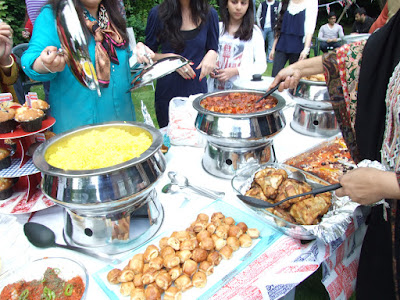 Big difference from an average street party from around the country was sheer abundance of Pakistani food contributed by each family joining the party. Woman heads of each house went out of the way to bring out their best in culinary delights. It was great to see a number of neighbours and friends from non-Pakistani heritage joining in the festivities. 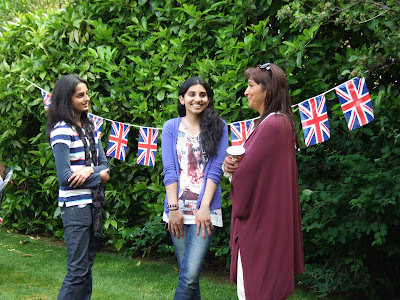 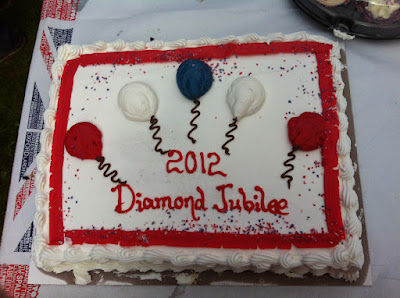 Highlight of the day was when cutting the cake it appeared that out of over 150 people of English and various other ethnic backgrounds there was only one Pakistani child who remembered all the verses of God Save the Queen. 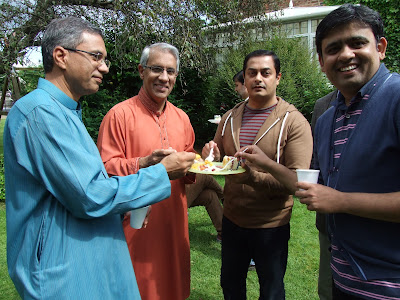 Posted by Chaudhry Javed Iqbal at 15:00 No comments: