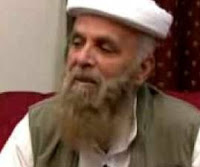 News agencies in Pakistan are reporting that Brigadier Amir Sultan Tarar, well known as Colonel Imam has been killed by Taliban in lawless North Waziristan region of Pakistan.

Times Online credited Colonel Imam to be the main man who single handedly ran the Mujahideen insurgency against the Soviet Union in 1980s..

As a top agent for the Pakistani intelligence agency, the ISI, Colonel Imam recruited, trained and armed almost every one of Afghanistan’s prominent insurgents and warlords during the 1980s. Gulbuddin Hekmatyar, Ahmed Shah Massoud and Jalaluddin Haqqani were all his charges or colleagues at one time.

He escorted Charlie Wilson, the Texan congressman who funnelled millions of dollars to the Mujahideen, into Afghanistan three times and once took the US Defence Secretary, Robert Gates, then the CIA’s Deputy Director, to a Mujaheddin camp near the border.

According to daily Telegraph Colonel Imam believed that

only direct dialogue between the Afghan authorities and Mullah Omar himself, without the interference of the Americans, could end the conflict [in Afghanistan]

Since leaving the ISI, Colonel Imam

has styled himself as a human rights campaigner. He has defended al-Qaeda suspects and fought attempts to extradite Mullah Baradar to Afghanistan.

It is the same Mullah Baradar that his captors in March 2010 wanted to be released in exchange for his life. In March 2010 Colonel Imam was kidnapped by Taliban along with another ISI official Khalid Khawaja and a journalist Asad Qureshi. Col Imam was later released but Khalid Khawaja was killed. After his release Colonel Imam continued to be a vocal proponent of dialogue with Taliban.

His alleged killers have refused to release his body to his family. I personally still doubt that script for colourful life of Colonel Imam is just yet finished.
Posted by Chaudhry Javed Iqbal at 15:20