The Next Generation - trials and tribulations of Pakistani youth

Headlines from recently launched report "Pakistan: the next Generation" by the British Council has taken many across the world by surprise. The report highlights that since 1980 (year when proportion of adults to children and old people reached its lowest level in Pakistan) there have been more young people in Pakistan than old. We are now a younger and increasingly urban society - half of Pakistani citizens are under twenty; two thirds have yet to reach their thirtieth birthday. 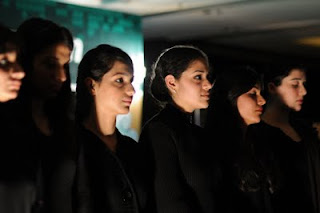 With more young people ready to join the work force and engage in making a difference Pakistani leadership has an opportunity to turn this into an economic development opportunity.

This demographic dividend first became available in the 1990s. The window of opportunity will close around 2045, by which time the society will be ageing rapidly. During this period, therefore, investment in the next generation will have a huge impact on Pakistan's long term prospects. The dividend doesn't come for free. It has to be earned.

Pakistan needs to educate its youth and make sure they are healthy; find them jobs as they get older and provide them with opportunities to save; and offer them ways of expressing their desire for social and political change.

Young people offer great promise for Pakistan's future, but only if they are equipped to lead productive, engaged and fulfilling lives. At present, this generation is in grave peril. It is starved of education and opportunities, and vulnerable to manipulation by those who do not have its best interests at heart. This [younger] generation is at a crossroads. Starved of opportunity, it feels bottled up and frustrated, trapped in a world where only the wealthy and the well-connected thrive. While few believe violence is justified, many understand its causes, believing that injustice and poor economic conditions are fuelling social unrest and terror.

According to the survey main areas of concern for young people in Pakistan are:

Economic survival: 72% of young people believe that their personal economic situation has got worse in the past year. Only one in ten are hopeful for things to get better in the near future. Of course, they are worried about terrorism and the security situation, but their main worries are day-to-day survival

Lack of trust in political leadership:

Disillusion with democracy is pronounced. Only around 10% have a great deal of confidence in national or local government, the courts, or the police. Only 39% voted in the last election; while half are not even on the voters' list.

Many in the media would like to read it as a vote of no confidence in President Zardari but that would be unfair. Young people are disillusioned by political elite in the country - not just by one political party or one individual. The political class is seen as selfish and corrupt:

“Politicians are busy in their own fighting and no one even cares or bothers". Many in the next generation do not believe Pakistan's leaders really want the country to change. And although they have ideas about the future, the next generation are convinced nobody is listening.

Trust in military and religion: Trust in the courts, police and local government is severely depleted, while only the military is widely trusted. This should be taken as a vote of confidence in Pakistan army as an institution - a sign that while general public despises General Musharraf's regime, Army has been able to re-establish its credibility at the most crucial time in our history.

Hunger for self expression:

Young people feel they have few platforms from where they can express themselves, while a failure to enforce basic civil liberties means that few young Pakistanis feel able to campaign for change. The next generation needs opportunities to express itself politically and to participate in building a cohesive society. Frustrate its ambitions or waste its energy, and you have a recipe for social failure and disruption.

The violence that has plagued Pakistan in recent times deters young people from attending school, going to work and socialising with their peers. It is a major impediment in achieving their goals. An overriding priority must be to expand access to education. The experience of other countries shows that rapid progress is possible, given political will, adequate funding, and effective delivery. Though the government is now committed to increasing expenditure on education to 7% of GDP by 2015, through its new National education Policy the Ministry of Education struggles to spend its current funding allocation highlighting issues with capacity for delivery.

Due to a lack of proper planning nearly twenty years of the [demographic] dividend have already been wasted...Time is running out to put appropriate policies in place...the absence of which may result in large scale unemployment and immense pressure on health and education systems. In short, a socio-economic crisis may take place, making the demographic dividend more of a demographic
threat.

The report acknowledges that the international community has failed Pakistan, while pursuing a myopic and narrow minded agenda that has not delivered any tangible improvement in the security of ordinary people.

Pakistan risks falling prey to a worsening cycle of poverty, polarisation and conflict, at a time when the population continues to increase rapidly and growing numbers of Pakistanis hunger for a better life. Demographic challenges place Pakistan at a crossroads. Action taken today will have an impact for a generation or more. Conversely, the country will reap the consequences of failure for decades to come."

It is heartening to note that despite their growing frustration, young people still love their country, with a majority believing it is the best country in the world to live in.

Posted by Chaudhry Javed Iqbal at 20:40