Return of "Lota" - Pakistan braces for resurgence of lotacracy

For my readers from outside Pakistan and those who are not aware of intricacies of Urdu language I would like to describe the term Lota which has a significance in Pakistani politics.

Defined by wikipedia Lota is an Urdu and Punjabi language word for a small, usually spherical water vessel of aluminium, brass, or copper used in parts of South Asia 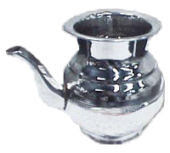 It is commonly used to store or transfer small amounts of water. In the Indian sub-continent, where cleaning with water is the usual method for maintaining personal hygiene after defecation or urination, a lota with a spout is widely used as a container for this purpose. Due to the hygienic requirements of ritual ablution, or wudu and ghusl in Islam adhered to by many Muslims, the use of a Lota has become prevalent throughout the Muslim world, where it is considered to provide a more thorough cleaning than simply using toilet paper.

So what is the significance of a lota in Pakistani politics. The word "lota" and especially the phrase "Be-penday ka Lota" (literally a "lota without a base") is colloquially used in a derogatory manner to refer to a person who frequently switches loyalties. This is because a spherical lota without a base tends to roll over in unpredictable directions when kept on uneven ground.

The term "lotacracy" was coined in Pakistan to describe politicians who frequently switched parties. 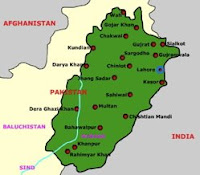 Recent political turmoil in my home province Punjab as a result of removal of provincial government lead by Pakistan Muslim League (second largest political party in Pakistan) imposition of governor rule in the province, disqualification from holding political office and contesting election of Nawaz and Shahbaz Sharif. All of this with an objective to impose a minority led government in the province with the help of political turncoats or the Lotas.

Pakistani politics has always been marred by horse trading after a ruling political set up is brought down using undemocratic means. Members of parliament sell their conscience in return for cash and material benefits and set up "Forward Blocs" that support the new set up. These forward blocs are always and without exception a group of Lotas who have named and got their price.

honour of being the first lota in the new post Musharraf democratic set up is bestowed upon a female member of provincial assembly Laila Muqaddas, whose father in law (a local politician) has sold her for allegedly 30 million rupees. He tried to run an auction between Pakistan People's Party (PPP) and Pakistan Muslim League with a starting bid of 20 million. Though shunned by Sharif brothers he was still able to get the bid from PPP increased to 30 million.

In Pakistani culture a lota is used for both ablution and wiping your rear end. A lota used for one purpose cannot be used for the other. But a political lota, whatever their claim, is never better than a used arse wipe. And we are about to see a resurgence of this dirty commodity over the coming days.
Posted by Chaudhry Javed Iqbal at 18:49