"For God's sake, stop it ... hang on, hang on," the 17 year old girl cries as the beast continue to flog her. Another voice can be heard giving orders as the girl squirms and whimpers under the blows: "Hold her feet tightly, hold her hands tightly." Most of the world has seen these grainy mobile phone images from Swat and shocked at the brutality. So have these been seen by those in Pakistan who can do something about it and will or might not do anything about it.

I will not go into the details of this incidence as much has been written on conflicting stories that are emerging describing the reasons for public humiliation of this young women - none of them justify her ordeal. She was being punished under the so called sharia law - "what is being presented as sharia [by Taleban and their feudal supporters] is in reality a system that protects the unquestioned power of those who have monopoly over violence and resources in the society."

Dr. Ayesha Siddiqa an eminent Pakistani research scholar recently wrote "The application of Sharia is extremely complex as it entails a stringent mechanism for evidence. For instance, a witness has to meet certain conditions. The witness has to be one: (a) who has never been punished for any crime, (b) has always said all his prayers in time, (c) never urinated standing up, (d) never eaten from a market place, (e) never committed any major sin, (f) never committed any minor sin, and (g) never failed to carry out obligations prescribed by Quran and Sunnah. These conditions are so stringent that according to Pakistan's former Chief Justice Sajjad Ali Shah even he would not qualify to be a witness." Syed Sajjad Ali Shah, ex Chief Justice of Pakistan once said that under Sharia Law even he wouldn't qualify to be a witness in such a case.

Islamic history records that Mulsim armies invaded the Indian Subcontinent in 711 AD when similar cries of help from widows of Muslim traders reached the Islamic Caliphate. Will there be a similar response to cry for help from this desparate girl - difference this time is that perpetrators of crime against women are self appointed representatives of Islam themselves. Who will play the role of Hijaj Bin Yusuf! Who are those who can do something:

Chief Justice of Pakistan (CJP), Iftikhar Chaudhry - among those who can do something he is the only one who have moved and done so immediately. "In his suo-moto notice, the CJP said the matter was a serious violation of fundamental rights, guaranteed under the Constitution. The CJP observed that the exact place/venue of the incident and the circumstances under which the punishment by whipping was administered was not known, it certainly constituted a serious violation of law and fundamental rights of the citizens of the country." The victim and the perpetrators of this punishment have been asked to be brought before the apex court. With a crumbling administrative insfrastructure in Swat how these instructions from the CJP will becarried out is a question that will be answered over the coming days.

Government of Pakistan - President Zardari and Prime Minister Gilani - are hard core feudal landlords themselves and representatives of the ruling feudal class. They have, in reality, given up the writ of the government to the local Taleban leadership through the promulgation of Nizam-e-Adl Regulation on February 16 2009. By virtue of their feudal heritage it is in their interest to defend feudal traditions and practices of subjugating their people by denying them access to justice.

Government infrastructure appears to be in a state of denial as evident from the satement of the most incompetent Minister of Interior we have ever had. His statement "we are investigating the matter. But sometimes anti-state elements make fake or artificial footage or images to bring disrepute to Pakistan" is a typical of e 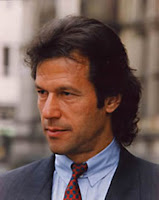 xample of the governments state of mind.

Political opposition - is in disarray and in a state of denial like the government and ruling class. I am particularly disappointed by the worldly wise politicians like Imran Khan, a reformed playboy and a leadership hope for right wing intellectuals who try to link everything wrong in Pakistan with the American drone attacks in North West of Pakistan. Rather than take moral stands at what's wrong with Teleban way of life they always try to blame it all on the Americans. I never expected a strong personality like Imran Khan to bury his head in the sand and hope that if the Americans stopped the drone attacks perhaps the Taleban beast will change its colours.

Face of political hypocrisy in Pakistan Leader of Jamiat Ulema-e-Islam Maulana Fazlur Rehman who without any shame has sat on the fence at key junctures in our chequered political history and swung whichever way money can be made by political wheeling dealing, has said the protest against flogging of a girl in Swat is legitimate but the people should also recognize the brutalities of drone attacks in which several innocent people including women and children have been brutally killed. How do you justify two totally unrelated brutalities against each other.

People of Pakistan - there in lies the problem. People of Pakistan are sitting on the fence. A vast majority do not want the Taleban style of governance - the way relegious parties were booted out of government from North West Frontier Province in the last elections is clear indicator. Majority also do not want to openly speak out against the Taleban way of life - some out of fear that somehow speaking out against Taleban is equivalent to speaking out against Sharia or Islam, some out of fear for their lives because Taleban way of dealing with dissent is capital punishment. Battle lines for Pakistan are being drawn in the North of Pakistan.
Posted by Chaudhry Javed Iqbal at 09:43