A Community united in charity for Swat IDPs

I owed readers a report on charity iftar dinner fund raising event in Cheshire, UK that I have promoted through my blog posts earlier.

The Muslim community in Cheshire and surrounding areas got together on 30th August to generate funds for the rebuilding of a school for girls in the Swat valley that were burnt or blown up during the war between Taliban and Pakistan army. Seventeenth Century Elizabethian venue Davenport Green Hall in Hale Barns provided the right atmosphere for over 550 Muslim men, women and children to get together in the holy month of Ramadhan to break their fast and contribute to the charitable cause. 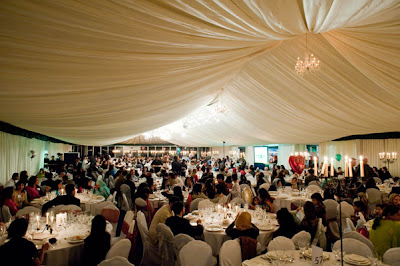 The event was hosted by International Foundation for Mother and Child Health (IFMCH) a Cheshire based UK registered charity. Its founder, Dr. Saleem Khan, talked of the plight of women in Pakistan where every minute a woman dies due to lack of knowledge of basic female health issues. He hopes the school could also be used in the evenings to educate the masses about female health with the help of IFMCH. 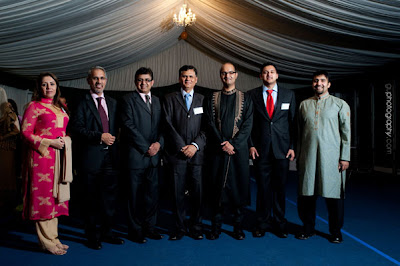 The Emerald Network (a network of young British Muslim professional) and major UK charities like Muslim Hands and Human Appeal helped to raise awareness for the event and contributed to its success. A brand new charity The Allama Mashriqi trust was also inaugurated at this event by Nina Khan. It is hoped that this new organisation will be able to help to reduce some of the social injustices throughout Pakistan.

Dr Nighat Awan OBE lead the charity auction after the dinner and helped raise over £10,000 through the auctions of items such as a signed Manchester United shirt and a cricket bat signed by members of the Pakistan cricket team. These funds will be used to support the building of the school in the Swat valley through Friends of the Citizens Foundation charity. They have already built 600 schools in Pakistan and are aiming to increase the number to a 1000 by 2012. A large number of young Muslims boys and girls from all over the North West demonstrated their community spirit by joining the event as volunteers. 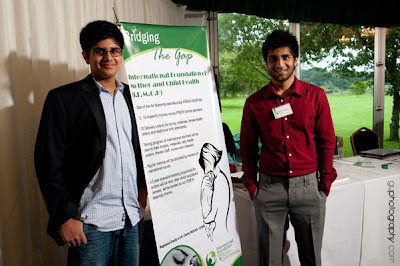 Over two million people from the Swat Valley and surrounding region were displaced this year, as the Pakistani army fought against the Taliban. Many men, women and children were forced to abandon their homes leaving their livestock and belongings behind as they moved into makeshift camps and temporary accommodation. They have been refugees in their own homeland as provincial governments have been restricting their movement out of the war zone. 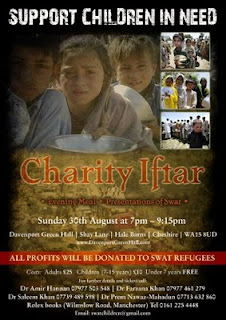 Women and children have been the main victims of Taliban oppression and the military action. A vast majority of Girls schools were destroyed by Taliban along with other public infrastructure. The children of Swat especially girls now need help to rebuild their lives. This school will not only support repatriation of Swat girls into normal life but will continue to serve as a platform for raising awareness among women of health issues too.

Reverend Robert Hinton of All Saints CE Church in Hale Barns attended the event and spoke of his support for the project and Rabbi Joel Portnoy of Shay Lane Synagogue in his message to the community highlighted how their efforts were also in line with teachings of the Torah and wished the project success. 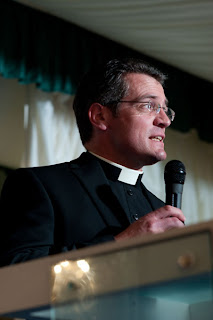 ”Subhannallah, it is wonderful to see so many people here today from different places, backgrounds and faiths coming together to support the children of Swat” said Dr Amir Hannan.

“The community is full of caring people who have much to offer to help each other as well as other fellow human beings. As a community, we are not helpless and blind to the suffering, especially of Children of Swat.”

Pictures and videos from the event are available on the event facebook page. [m859wpvx6a]
Posted by Chaudhry Javed Iqbal at 09:29